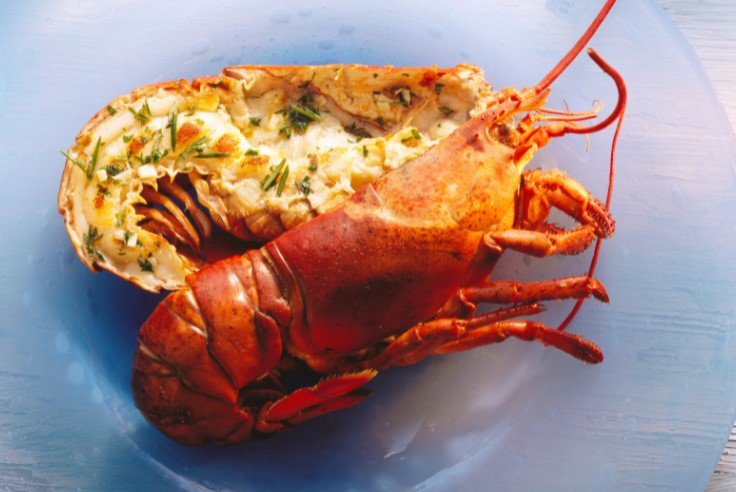 People have been eating lobster since prehistoric times, though they probably didn’t care much about the types of lobster they were indulging in. Today, lobster is considered more of a delicacy, but most folks don’t realize that there are 12 different types of lobster typically eaten.

Broadly speaking, and from a culinary perspective, there are two major classifications of lobster: warm water lobster and cold water lobster.

Australian lobsters are typically found off the northwest coast of Australia and are fished year-round, meaning they’re in season all year long. This type of lobster is pretty pricey compared to others at $45 per pound for live lobsters.

These lobsters are typically red or green and have a uniquely rich, sweet flavor. Like other lobster types, the Australian lobster is versatile for cooking, making it a fantastic choice for various dishes.

These spiny lobsters are found along the California coast from Monterey Bay to Mexico. California lobsters are typically in season from October to March, and they are fished commercially and recreationally.

When you think of lobster tail meat, you’re going to want to think of Caribbean lobster. These lobsters are found in the Gulf of Mexico and along the coast of the Caribbean.

They have a unique pattern of yellow stripes and gray and brown spots. Caribbean lobsters are in season from August to March and have a similar price as California lobsters at $25 per pound.

Many recipes can utilize the meat from a Caribbean lobster’s tail, but it is also delicious with only a touch of butter basting. A simple preparation will allow the sweet, succulent flavor of the tail to shine on its own.

South African lobsters are unique in that they’re considered a warm water species, yet they live in cold water. Unless you live in South Africa, you’re going to have to get this type of lobster flown in frozen, which will cost you at least $45 per pound.

Unsurprisingly, cold-water lobsters live in cold ocean climates. These lobsters are the ones with big, meaty claws that people have come to enjoy over the years. They also have a distinct flavor, so these are the lobsters you’ll find in most restaurants as well.

Canadian lobsters are found on the coast of Canada and are harvested from October through January and June through July. These lobsters are mainly prized for their claw meat, and you can expect to pay at least $20 per pound when purchasing live lobsters.

There tends to be some debate in lobster discussion circles about the true difference between Maine and Canadian lobsters. The answer, however, is pretty simple – Canadian waters are colder than Maine waters, making their lobsters have harder shells and more dense meat.

If you purchase Canadian lobster, you can expect to indulge in a sweet flavor profile.

When you think of lobster, you probably think of Maine lobster – big claws, five sets of legs, and a large tail. To many lobster-eaters, Maine lobster is the best lobster you can eat. It can also get pretty expensive, clocking in at $20 per pound for live lobster and upwards of $70 per pound when frozen.

Flavor-wise, Maine lobster is briny, sweet, and is typically served in restaurants. While these lobsters are generally caught year-round, their peak season is actually between June and December.

When cooked, lobster turns a pretty bright red color, but New Zealand lobsters are naturally a scarlet red. These lobsters are harvested from the coast of New Zealand and then flown to markets around the world, especially in Asia. This type of lobster can average $60 per pound when purchased live.

Other Types of Lobster

There are a few other types of lobster, but they aren’t typically eaten and therefore have no purpose on this list. Some types of lobster are even endangered, so you should avoid those. Just stick to indulging in the lobsters from this list, and you’ll have an excellent meal in no time.