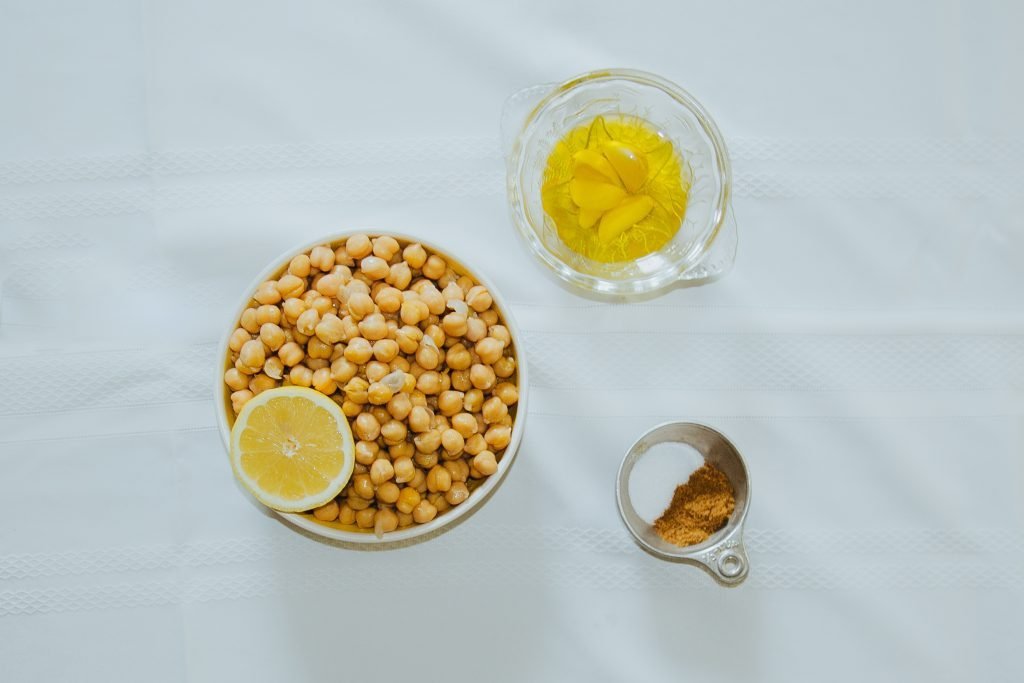 It’s Greek night in our household!

There may be a lot of scrutiny on the internet if hummus is actually a Greek food, but there is really no question that it was going to be at center stage for this meal.

I discovered this special food in my mid-20s, and since that day have allowed few weeks to elapse without including it somewhere on the menu.

I suppose it depends on who you ask, and how far back they’re looking.

Appropriation is a huge topic in food circles, especially with respect to the way that western culture absorbs historic culinary traditions without understanding or respecting the original culture or context.

There are many competing narratives about the origin of hummus. With almost $1billion in annual product sales on the table, it’s not surprising that many groups would be competing to “own” this dish. As a recent example, Lebanon petitioned the EU in 2008 to classify hummus as a uniquely Lebanese food, complaining that it had been classified as Israeli in Western stores.

Where did hummus come from?

The truth is that modern companies and countries weren’t on the map when hummus first entered the scene.

According to reporting by BBC, “the chickpea dates back more than 10,000 years in Turkey and is said to be one of the earliest legumes ever cultivated.” Cookbooks including a hummus recipe have been found in the Cairo-area dating back to the 1200s.

Regardless of who made it first, probably somewhere in the Fertile Crescent, hummus migrated across Mediterranean trade routes and into several more localized cuisines.

How is it traditionally prepared?

Traditional preparation is relatively simple, although it varies slightly from country-to-country and kitchen-to-kitchen. Common ingredients consist of chickpeas, tahini, garlic and lemon.

Some traditions don’t use garlic. Others differ based on the proportion of each ingredient, or the consistency with which it is mixed. You may find that some cuisines prefer a lumpier consistency, or the addition of potent salt and spice.

In most kitchens, hummus is served alongside flatbread, chips, crackers or in accompaniment to meat and vegetables. In the world of food-fusions, it also serves as a delicious topping on some salads. It also serves as a great pairing for Mediterranean-inspired meat dishes like Moroccan Lamb Tagine. To be honest, it is dippable with almost anything.

Our recipe will be prepared without tahini, and served with falafel.

Since we’ve been calling this our “Greek” night, it’s also not lost on me that falafel is primarily an Arabic dish. Even with such enigmatic items as falafel and hummus on the menu, we should probably do better at honoring their approximate origin.

What is the difference between chickpeas and garbanzo beans?

You’ve probably seen these two names used interchangeably in the grocery aisle, and wondered if there is any real difference. In short, there isn’t. The name “chickpeas” is of English origin and derived from the Latin word cicer. “Garbanzo beans” is the Spanish-derived equivalent for the same legume.

The flavor profile of your chickpeas may be impacted by the region in which they were grown. In the United States, chickpeas are primarily grown in Montana and Washington.

There are two main types of chickpeas, that are somewhat reflective of the local cuisine where they are grown. The large round Kabuli chickpea is most commonly canned or dry packed for sale in the United States. They are primarily grown in Mediterranean regions of Europe and Africa.

The Desi chickpea is smaller, darker and has a rougher exterior to the bean. They are most often grown in proximity to the Arabian Sea, and commonly used in India, Iran, and Ethiopia.

The decision to make our hummus without tahini flies in the face of most traditional preparations. Our family is split on the merits of omitting tahini. I’ll explain,

Tahini is always the most expensive ingredient for us, when we include it. This ingredient is made by grinding sesame seeds into a smooth paste. Sesame is a labor intensive crop grown in less-mechanized countries. This makes it expensive, and also gives us pause about the conditions in which the crops were grown.

Depending on the ingredients and preparation, tahini can also be quite bitter. This ultimately affects the flavor of the hummus it’s used to create. Bitter is not a flavor that our toddler loves, and without it preparation is very fast.

Of course, there is something to be said about the smooth texture that tahini brings into a batch of hummus. We’ll leave it to you to decide if tahini is right for your kitchen, but we do recommend making hummus sans-tahini at least once for comparison.

If you don’t have a food processor available, a powerful blender will suffice. Our food processor is currently out of commission so that’s what we did. Using the blender required several stops and starts, scraping down the sides and blending again. It slowed the process, but the end result was similar. If the option is available to you, a food processor is better suited for this recipe.