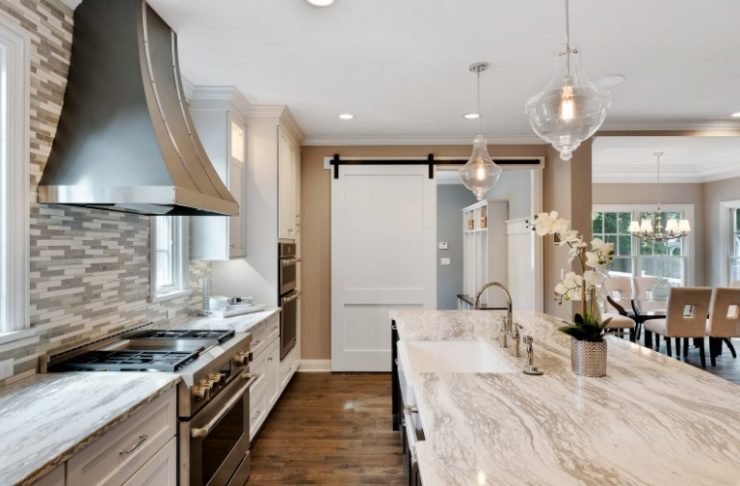 Working under professional range hoods for so long desensitized me to the roar they make while you cook. But, now that most of my cooking is done at home, I want my range hood to be as quiet as possible.

If you’re shopping for range hoods, understanding what sones are is key to choosing a hood that’s not overly loud.

In this article, I’ll be breaking down what a sone is and how many sones make a quiet range hood. By the end, you’ll know what to look for when comparing models so that you can have clean air and a comfortable cooking experience in your kitchen.

What Is A Sone?

If you’ve never shopped for a range hood before and you didn’t major in acoustics, chances are pretty good that you’ve never even heard of a sone. At least that was the case for me.

A sone is a measurement of loudness. It’s a scale commonly used to describe how loud the blower in a range hood is, but probably not something you come across in your day-to-day life. Another measurement you’ll see for how loud a range hood is is decibels. We’ll get into that shortly.

One of the benefits of using sones as a measurement of a hood’s noise level is that they are measured on a linear scale.

How Many Sones Is A Quiet Range Hood?

So, what does all of that mean when it comes to range hoods?

The lower the number of sones, the quieter the hood. An important component when choosing a hood, and one that’s easy to compare between models.

In most cases, when you see the sone rating for a hood, that will tell you how loud it is at its highest fan speed. So if a hood is rated at 8 sones, you should be able to count on the lower fan speeds all being quieter than that.

One way to imagine how loud a sone is (and how loud a hood will be) is to think in terms of speaking volume.

You can think of 1 sone being about the same noise level as a gentle whisper, and 9 or 10 sones as the volume of your average adult conversation. 1-10 sones is also a pretty common range when it comes to kitchen hoods.

The noise level of a conversation may not seem all that loud.

But, think about having an adult standing directly in front of you, speaking at a constant pace and volume (I’m sure that’s not too hard to imagine).

If you ask me, that would get very annoying very quickly, especially if you’d like to have your own conversations with real people in the room. Or, if you just want to listen to music while you cook.

So, if you can stick to hoods that stay under that 9-10 sone level, that’s good. But, for a truly quiet range hood, look for models that don’t go above 5-6 sones.

Sone vs. Decibel: What’s The Difference?

Decibels are another noise level measurement, and are also used to note how loud a range hoods are. Some hoods will have either a sone or a decibel rating, while others will provide both.

The measurement scale and formula for the two are not the same, making it tricky to compare the two exactly. So, here is a quick reference chart that compares sones, decibels, and some common real-world noises.

What Makes A Hood Louder Or Quieter?

The primary thing that makes a hood louder or quieter is the blower itself. This is the fan that sucks in all of the smoke and fumes while you cook. There’s also some noise created as air moves into and through the hood, as well as any audible shaking or vibrations that the hood makes.

Because 90% of the noise comes from the blower, it’s fairly safe to say that the more powerful the hood, the louder it will be.

If you do a lot of wok cooking, deep-frying, or other high heat techniques, you’re probably going to want a more powerful hood. And while the noise level might be a bit higher, it’s probably worth it to have a hood that can handle all the smoke and grease splatter that you’ll be producing.

On the other hand, if you don’t cook very often, or just don’t need the power to clear any billowing clouds of smoke, you can go with a less powerful model and save your ears some of the irritation.

In most cases, the blower is located directly in the hood itself, sitting smack dab in front of our heads as we cook. That’s one of the reasons hoods often seem so loud. But, we can reduce the loudness of a hood by moving the blower further from the hood and further from our ears.

To do this, you would need what’s called a remote blower.

With a remote blower the body of the hood would look the same, but the blower is moved somewhere else. It could be located inline with the ductwork, in an attic, or on the exterior of your house.

This is the best way to drastically reduce the noise level of a hood but it can be very expensive.

Is It Worth Spending More To Get A Quiet Range Hood?

While any hood is better than none at all, it’s safe to say that quieter is better. Even if noise level doesn’t have a direct impact on smoke clearing capabilities, you’re more likely to use a hood if the noise doesn’t drive you mad every time you turn it on.

A quiet hood is also a good sign that it was thoughtfully designed and constructed with care and quality in mind. So, it’s a good idea to look at how many sones a hood has. Because a budget 600 CFM hood could end up being much louder than a top-of-the-line option even if they both have the same amount of power.

Since you’re likely to pay a slight premium for a quieter hood, it’s up to you to weigh how important the noise level is. Lucky for you, we’ve rounded up 3 of the quietest range hoods that should fit a variety of budgets.

What Is The Quietest Range Hood?

The Broan NuTone BCDJ130BL is one of the quietest range hoods around. It operates at just .5 sones on low speed and only 5.5 on high.

How Many Sones Is A Quiet Range Hood?

What Is A Good CFM For A Quiet Range Hood?

Range hoods that have between 400-600 CFM offer a good amount of air cleaning capabilities while also maintaining a quiet level of operation.