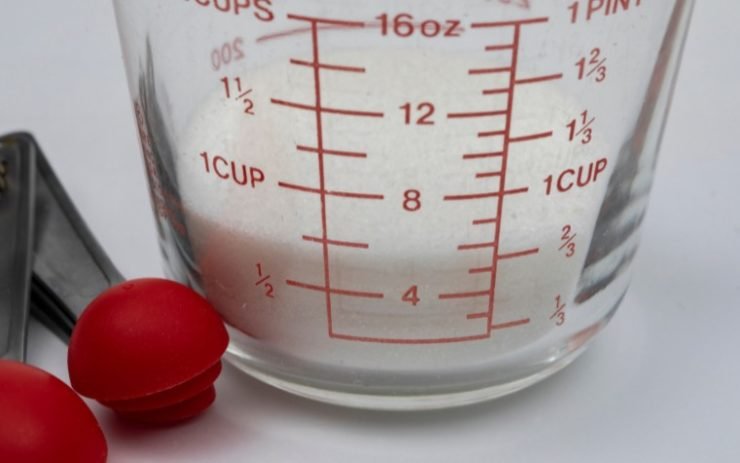 Knowing how many ounces in a quart is crucial to your kitchen success whether you’re baking or cooking. Ounces and quarts are some of the many different measurements you’ll encounter while cooking, but it’s crucial to know the difference between them and how to convert them on your own.

If you don’t do your conversion correctly, you could end up with a dish that’s incorrectly prepared. There are some handy tricks to learn so you not only know how many ounces are in a quart, but how to convert the measurements so when you’re in a pinch in the kitchen, you can do the math with no problem.

Difference Between Ounces and Quarts

At a base level, it’s imperative to know that ounces are smaller than quarts. There are 32 fluid ounces in 1 quart, so a half quart is 16 ounces.

Many people refer to “fluid ounces” as just “ounces,” but you should know that volumes of liquid are typically what ounces refer to.

Ounce measurements are in things like cooking, baking, and especially bartending.

Having the correct ingredient measurement is the difference between a correct result or a bad one. It’s natural and expected to make mistakes in the kitchen, so keeping an eye on your quart-to-ounce conversions will help make sure you follow your recipe exactly.

Keep in mind that the “ounces” used in baking recipes will often refer to a unit of weight measure, not a fluid volume. Check twice before mixing ingredients or pre-heating your oven.

How To Convert Ounces to Quarts

It’s easier to convert quarts to ounces than it is to convert ounces to quarts, but knowing how to do both is crucial when cooking, baking, or bartending.

Cooking can be a bit more forgiving in terms of incorrect ingredient measurements, but baking and bartending are precise practices with recipes that need to be followed as closely as possible.

There are 32 ounces in a quart, so that would also mean one ounce is 1/32 of a quart. They don’t make measuring spoons that small, but knowing the basic conversion of an ounce to a quart or a quart to an ounce will help make sure your recipes turn out correctly and don’t suffer due to a conversion error.

Knowing how many ounces in a quart will help you pick out the correct ingredients at the store, especially if you’re halving or even doubling a recipe.

If you’re going shopping for ingredients, you’ll want to do your ounce to quart conversions before you go to the store, otherwise, you may spend a while trying to figure out how much you need of each liquid ingredient. Memorizing a few key ounces to quart conversions will help make sure you know what you’re looking for or how to convert on the fly when cooking.

To reiterate, there are 32 ounces in 1 quart, so it’s a 32:1 ratio. If we flip that, there is 1/32 of a quart in an ounce, so that’s a 1:32 ratio. Recipes can call for things like half quarts, quarter quarts, or even ⅛ of a quart, so it’s important to be able to do these conversions quickly and efficiently.

That said, lots of times cooking is a trial and error process, with many home cooks messing up from time to time. No one is a perfect cook right off the bat. Taking time to learn your ounce to quart conversions will help you become a better cook and make your trip to the grocery store a lot easier.