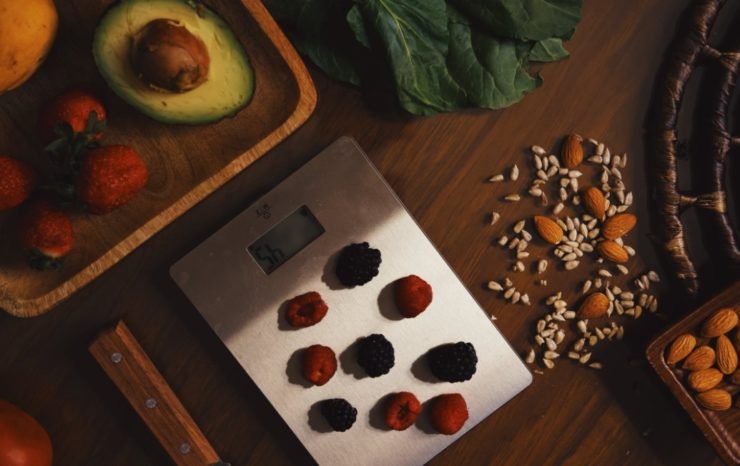 Culinary ratios are like the blueprints to a recipe. They tell you the key ingredients and proportions for a wide range of culinary staples. But, they leave the flavors open so you can experiment and add your own unique flavor to dishes. It’s a great way to really learn how to cook without relying entirely on other’s recipes.

In culinary school, I was taught a wide range of culinary ratios and the cooking techniques that went along with them. Having these ratios on hand has been an invaluable tool throughout my professional cooking career.

They’re what I turn to when scaling recipes, and they provide a great starting point when it comes to developing new dishes or putting a twist on a classic.

Today, I’ll be sharing why culinary ratios are indispensable in a professional kitchen, and how they’ll make you a better cook at home. Plus, I’ll give you some of the most useful culinary ratios that you can start practicing with now.

Why The Pros Use Culinary Ratios, And You Should Too

They allow you to scale recipes up or down quickly and accurately. That way, a recipe can be easily adjusted whether you’re cooking for ten people or hundreds.

So, while you probably won’t be cooking for 100’s of people anytime soon, scaling a recipe is helpful when you need to cook for a party or a bake sale at school.

Culinary ratios are incredibly useful when it comes to recipe development. Which is really just “restaurant-speak” for experimenting.

Ratios can provide you with a recipe base, where additional ingredients and flavorings are then added in order to create a unique dish.

It’s a great way to have fun testing out new flavor combinations, and can be a big step towards making your own recipes rather than following others.

Weight vs. Volume And What Is A “Part” Anyway?

When you look at a culinary ratio, you’ll see it written in “parts”. Like the pasta ratio of 3:2 (3 parts flour to 2 parts egg). So what is a part?

While you may find some ratios that deal with volume measurements (i.e. cups and fluid ounces), it is more common and more accurate to use weight (i.e. grams, ounces, pounds). Just remember that if one part is provided by weight, then the whole ratio should be dealt with in weight, unless specified otherwise.

Grains and other liquid-based ratios are often written in volume, while baked goods are almost always written with weights.

There are also exceptions where a count is used. For instance, the ratio for mayonnaise is 1:8 (1 egg yolk to 8 fluid ounces of oil).

Why You Need A Kitchen Scale

As I just mentioned in the last section, ratios are very commonly used with weight measurements. This is done for better accuracy, but it can also make cooking and baking faster.

With a scale, you can measure your “parts” in a single bowl without having to fill and refill a measuring cup, which can lead to inconsistent results. And, as a bonus, you won’t have to deal with cleaning and drying your measuring cups and spoons in between ingredients.

Adding a digital scale to your cooking kit is a game-changer and will make ratio cooking a breeze. I’ve been using the same digital scale in professional kitchens and at home for years, and it only costs around $20.

How To Use A Ratio To Scale

Ratios allow you to quickly scale recipes up or down depending on your needs.

Now, if you wanted to make a really large batch of pasta dough for a party or to freeze, you would simply increase the amount of the parts. Let’s double our recipe so that one part is 10 ounces instead of 5. Now your recipe would call for 30 ounces of flour (3×10=30), and 20 ounces of egg (2×10=20).

On the other hand, you could make a single serving of pasta for yourself or to test a recipe. Here you might just use 1 ounce as a part. Now the recipe would call for 3 ounces of flour (3×1=3) and 2 ounces of egg (2×1=2).

How To Use A Ratio For Recipe Development

Culinary ratios are a great tool that provides a blank canvas for you to add any number of different flavors and ingredients. You can use a ratio to make basic stocks, vinaigrettes, and a huge number of baked goods. And you can experiment and add your own twist to any of those items as well.

For example, the vinaigrette ratio of 3:1 (3 parts oil to 1 part acid) will give you a well-balanced starting point. But, it’s up to you to choose the oil, the acid, and any seasonings that go along with it.

Ratios can be a great way to free yourself from the bonds of recipes and make you a better cook. Don’t get me wrong, recipes are great for inspiration, and cookbooks are some of my favorite books to read. But, being tied to a recipe can feel a bit robotic and can take some of the fun out of cooking.

Ratios don’t always come with directions, so learning the technique is an important factor. For a vinaigrette that would be as simple as this. Combine 1 part acid with additional ingredients of your choice, then slowly drizzle in 3 parts oil as you whisk to emulsify.

Once you understand and can remember the steps to a specific culinary ratio, the world is your oyster. If you know the steps to make a 2:1 custard (2 parts liquid to 1 part egg), you’ll be able to make quiche, bread pudding, or creme brulee that’s totally yours.

Bakers percentages tell you how much of each ingredient you’ll need in relation to the flour in the recipe.

Baking math is incredibly useful when it comes to scaling. It will allow you to choose how many loaves of bread you want to bake at a time, or how much cookie dough you need for a holiday party.

Here’s a pizza dough recipe that I use all the time. Knowing the baker’s percentages allows me to use the same recipe but adjust the ingredients depending on how many pizzas I want to make each time.

The flour in the recipe is always 100% and everything else is a percentage of that. This allows you to scale a recipe with any amount of ingredients, as long as you know the baker’s percentages for the recipe.

There are a lot of culinary ratios out there, but here are some of the most useful ones that might include items you already make on a regular basis.

How To Get Started

Culinary ratios are an incredibly useful tool in the kitchen. But, since they don’t include any real directions, it requires you to really learn the cooking techniques as well.

So, while it may take a little effort up front, having a few culinary ratios and techniques memorized will serve you well. In no time, you’ll be ditching other people’s recipes and creating your own.

Now that you’ve got some ratios under your belt, take your cooking to the next level by practicing the art of Mise En Place.