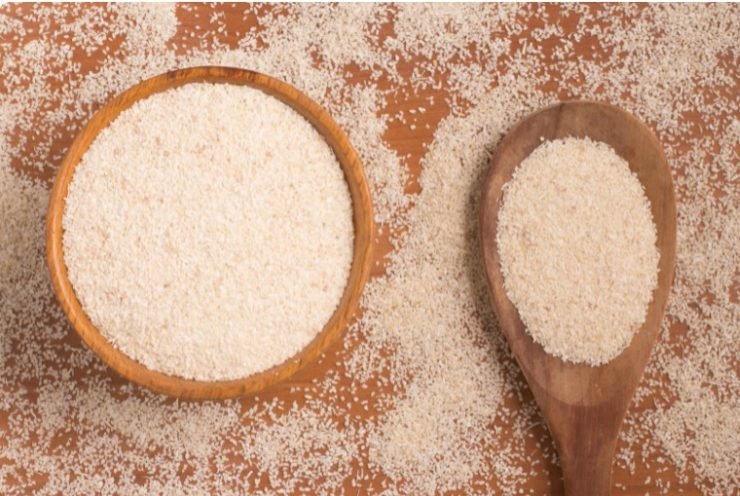 Cassava flour is made from dried and ground cassava root tuber and is a versatile ingredient in the kitchen. It’s totally gluten-free and works well for baking, frying, and thickening.

Cassava flour isn’t really used for its flavor, since it doesn’t have much flavor to speak of. When it comes to substitutes, that’s a good thing.

Since you don’t have to worry about matching the flavor, it makes for a relatively easy substitution. And there are a host of other, also flavorless starches that can fill in nicely.

So, without further ado, here are the 7 best cassava flour substitutes that will keep you cooking without anyone ever knowing the difference.

Tapioca starch is as close to cassava flour as you’re going to get. And that’s because it is actually made from the same plant.

Tapioca starch is made by juicing the cassava root and then evaporating all of the liquid. What you’re left with is a fine starchy powder. Since cassava flour is ground from the entire root, it contains more fiber and overall nutritional value.

Even though the process to make the two ingredients are different, they both act very similarly when used in cooking.

The flavor of tapioca is slightly milder and it doesn’t have quite as much thickening power. But, you can generally use the two interchangeably with good results.

Just like cassava flour and tapioca starch, arrowroot starch is made from starchy tubers. One interesting thing about “arrowroot” is that it can actually be made from a variety of different plants but still carry the arrowroot name. In some cases, it will even contain cassava root itself.

Being made from similar (or even the same) plants as cassava make this substitute one of the best options around.

It can be used in baking, coating, and thickening in equal amounts to cassava flour. And, it’s almost tasteless so you don’t have to worry about it changing the flavor of your recipes.

Potato starch is made by extracting starch from whole potatoes. This is another option that can be used in equal amounts as cassava flour in baking and thickening applications. And, it will keep your recipe gluten-free.

The Go-To Frying Starch: Potato starch is one of my favorite choices when it comes to coating and deep frying. It creates a very light and crisp crust on fried foods and takes on a beautiful, light-golden color, all without absorbing and holding on to excess oil.

Corn starch is made from corn kernels and is another great gluten-free cassava flour substitute. Corn starch can be used for baking and frying and is one of the most common starches used for thickening soups and sauces.

Corn starch is a good option because it’s versatile and flavorless. And, it’s probably the least expensive alternative out there that’s easy to find in just about any grocery store.

Rice flour comes in a few different varieties, each ground from a different type of rice. But when it comes to the best cassava flour substitute, you’ll want to look for white rice flour. Luckily, that’s the most common and easiest to find option in most grocery stores.

This is a great all-around substitute that does well in baking, thickening, and deep-frying. It performs similarly to potato starch in deep frying applications and creates one of the best and most crisp exteriors.

A Quick And Easy Thickener: While many starches require you to make a slurry before thickening a liquid, you can actually skip that step and sprinkle rice flour directly in without worrying about starchy lumps in your soup or sauce.

Since all-purpose flour does contain gluten, it can provide better structure and texture in things like bread and cakes. It also means you can often skip the gums and other binding agents needed in many gluten-free recipes.

While all of those things are great, it also means that you’ll probably have to make more changes to your recipe than with many of the other substitutes.

Almond flour is simply made from ground almonds. This is a great cassava flour substitute for baked goods but isn’t the best choice for thickening and frying applications.

While it’s not necessarily a bad thing, almond flour brings more flavor to the table than any of the other alternatives. That almond flavor works particularly well in many sweet baking applications, but may not be what you’re looking for in every situation.

But, since almond flour contains very little starch, it won’t absorb liquid quite the same as many of the other options. And that may require some recipe tweaking in some situations.

Since cassava flour has a fairly neutral taste, it’s actually one of the easier ingredients to substitute.

There are a lot of really good alternatives that are made by extracting starch from different plants (i.e. corn, potato, etc.). And since this yields a virtually flavorless ingredient, you can make substitutions without changing the flavor of a dish.

As a bonus, almost all of the best cassava flour substitutes will also keep your recipes gluten-free.

What Flour Is Similar To Cassava Flour?

Tapioca flour is the most similar to cassava flour and is even made from the same plant. There are several other flours like rice flour and cornstarch that are also very similar to work with.

Is Cassava Flour The Same As Corn Starch?

No, cassava flour is made from the tuberous cassava root, while cornstarch is made from corn kernels. However, both ingredients can be used similarly in the kitchen.

Can I Use Regular Flour Instead Of Cassava Flour?

Regular flour can be used as a cassava flour substitute in many recipes. But, it behaves differently and you may need to make some recipe alterations in some cases. However, regular flour is not gluten-free like cassava flour.