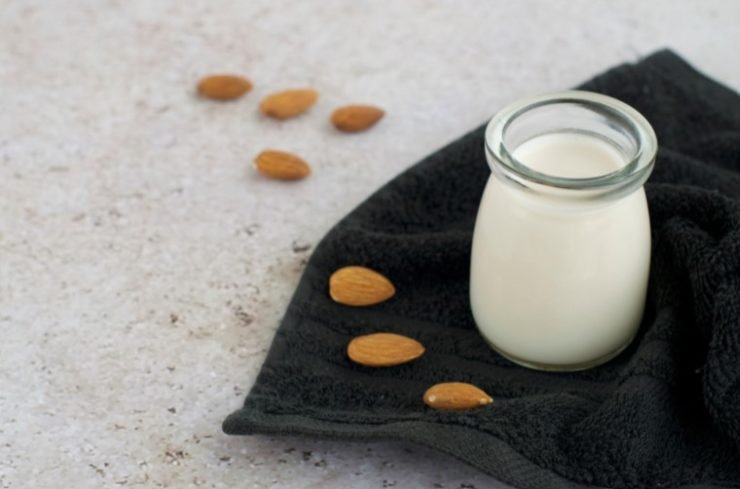 Whether you want to take advantage of a great deal on bulk almond milk at your supermarket or just whipped up a batch larger than you can consume before it goes bad, it might have you wondering—can you freeze almond milk?

Yes, you can freeze almond milk, but it’ll change the consistency into something that often isn’t appetizing if you plan on drinking it straight. Nevertheless, we’ll show you how to freeze it to have the least impact possible on its texture.

Almond milk is expensive. So, one of the biggest benefits of freezing it is that you don’t have to throw it away if you can’t use it all before it goes bad.

Another advantage is that you can freeze it in small ice cube tray-size portions to use in smoothies.

Furthermore, your almond milk won’t lose its nutritional value while it’s in the freezer. So, you can enjoy its high concentration of vitamin E, vitamin D, and calcium as if you had bought it fresh from the store.

If someone asks you, “Can you freeze almond milk?” you’ll know how to answer them. Nevertheless, you’ll likely be asked how to freeze it.

Get ready to impress them with this little-known knowledge; below are the steps to freeze almond milk.

The ice cube method is not only a great choice because it works well for smoothies, but freezing almond milk in small batches also helps decrease the amount of clumping that naturally occurs.

How to Thaw Almond Milk

One of the most important things to know when freezing almond milk is that it’ll never return to the smooth consistency you know and love after you thaw it.

So, with that in mind, take your almond milk and set it in your refrigerator to let it thaw overnight.

Once your almond milk thaws, toss it in the blender and let it mix for a couple of minutes. That’ll help blend the fat back into the rest of the milk’s liquid.

Nevertheless, there will still be small chunks, and you might notice that the color and taste are slightly different than before you froze it.

However, provided you freeze your almond milk before its expiration date, it’s safe to consume.

If you’re a brave soul who wants to drink thawed almond milk straight from the container, more power to you. However, most people will want to hide its lumpier texture by concealing it in foods such as:

We don’t recommend that you stock up on almond milk intending to freeze it. However, if you find yourself with too much almond milk on hand, freezing it is a “solid” option.

You don’t need any fancy equipment to freeze almond milk. In fact, leaving it unopened in its container is one of the best options since it won’t have contact with oxygen that could further separate its ingredients.